It’s really just a fact of life that I think we all need to accept and get over, and I mean that as optimistically as possible. People can just really be rotten sometimes, you know? That might be mean to say, and I’m not trying to say I don’t still love people, but just because God tells me I need to love them doesn’t mean I have to be happy they do bad things to me. Like my mom used to say when we’d get in trouble as kids: “Just because I have to love you, doesn’t mean I have to like you.” (Just kidding – that’s a joke!) Seriously though… `
The past few weeks, I’ve been watching one person’s actions and continual disregard for other’s feelings just tear a whole group of people apart day after day. Since it wasn’t something one of MY friends was doing, I could kind of watch as a third-party viewer, but it was affecting those that were close to me, and my heart just broke for them and all they were going through. And I’ll be honest, my first reaction was that it was just a reminder that no matter how many years you’ve known someone, no matter how wonderful of a friend or family member they’ve been, no matter how high-profile or successful they are, or what kind of Christian they may or may not be – people WILL let you down. We all sin and fall short of the glory of God (it’s in Romans). Sometimes it’s in little ways and you can just say, “Eh, well… no big” and just sort of write it off, so to speak. But sometimes, it’s in really big ways, and that’s not so easy to brush off. But you know we’re called to forgive and you work at it; and it might take a little time, depending but you can figure it out.
But other times, the person who’s hurting you and letting you down does it over and over and over again; everyday seems to bring a new offense. Watching this happen to someone else and trying to be the voice of reason is much easier than having to face it head on – but in the past few weeks, in offering help and advice to someone dealing with hurt and betrayal by a very close friend, God has really led me to some realizations about my own life and my relationship with my mom.
I’ll be honest, I try not to write about my relationship with my mother, because I’m always nervous there’s an off-chance she might read my posts, but God has just blown me away with the message in this scripture that I have to share it…

See, I am a Christian but my mother is not. I was saved at the age of 22 after a long stretch of sinful decisions that got me into a big mess (*understatement of the year*). After I was saved, I started making huge life changes as God molded me and educated me, and I’d be lying if I said it wasn’t a huge point of contention between my mother and I. I was reborn in Christ; old things had passed away and His blood was transforming me. My secular family members weren’t really big fans of this because I wasn’t “me” anymore. I struggled a lot… correction: I still struggle a lot, because my mom just doesn’t understand my lifestyle.
God’s shown me so much about why I am the way I am and why I was the way I was and, by the grace of God, none of it matters anymore. But for a while, it did. I was angry and I was bitter and I held a lot of unforgiveness for a time against my mom and it caused huge conflicts. Eventually I learned how to forgive people for wrongs committed in the past, and my mom was one of those people I had to forgive.
Things were difficult for a while, because some of the things I had to forgive her for still happen to this day and even though I had a beautiful moment with my Savior when He took away my pain and all of that burden, I’ve noticed a lot lately that I’ve been regaining some of that judgmental attitude that comes from unforgiveness and bitterness.
God led me to a scripture that I originally shared with my friends that are going through a tough time with one of their friends, but the more and more I meditated on that scripture, I realize, God led me to that scripture to change MY heart, not necessarily someone elses (though I don’t think He was mad I passed it along!).
In Luke 17:3-4, it says, “So watch yourselves! ‘If a believer [your brother or sister] sins against you, rebuke them; and then if there is repentance, forgive them. And even if that person wrongs you seven times a day and then turns again and asks for forgiveness, you must forgive.'” 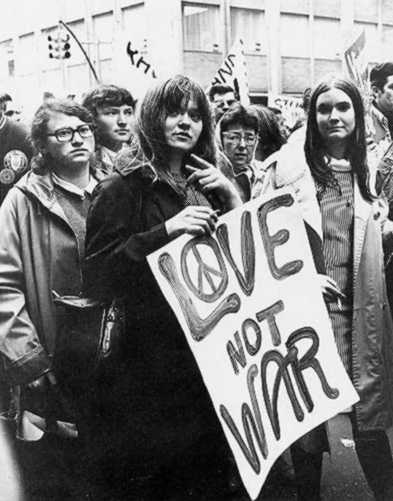 Suddenly, I became really convicted about the thoughts and attitude I’d had. I’d started getting so wrapped up in what happened in the past , what she was currently doing, and what she may or may not do in the future again that I’d started to forget that I’d forgiven her. And even though I’m not called to like everything she does with her life or appreciate everything she says to me, I am called to love her. And it’s beyond a shadow of a doubt: she’s my biological mother, so God chose us for each other (but even if we weren’t related, God knew I’d be here; He has a plan for this relationship and will use it to grow me further). So no matter how many comments get made to me that I don’t appreciate, no matter how many times my attempts to share my stories with her goes ignored, and no matter how many apologies I don’t recieve – she is forgiven as I’ve been forgiven by God and since then, I’ve tried to take on the attitude of the song about “Jesus in disguise” and I’ve accepted the responsibility placed on me to be the light of God into her darkness so that maybe someday she’ll lift her eyes to the Father. Honestly, though, I believe we’re all personally charged with that, to believers as well as non.

It’s funny how, what started out as advice for another person, became a learning experience for me, too. But I think all along, it was meant for me.
You know though, I don’t know a single person who isn’t dealing with a conflict of some sort at this moment. It’s our human nature, sadly. But whatever you’re dealing with – or whoever – don’t let unforgiveness in. You’re called to love those people, and in loving them, we are to forgive them their trespasses. Even if it’s a number of trespasses and on a daily basis. No matter how much they suck- FORGIVE THEM. If you don’t, you’re only hurting yourself. And when it gets hard to do, just remember all of the things God has forgiven you for in the past month. That should help put it into perspective…