A name for God right?
You know those sayings that just get used so often, you wind up using them without really taking the time to think about what its definition actually implies? I’ve noticed that for me, the word “Lord” as it implies to my God and my Savior is one of those things.

“Have you ever thought about what the word Lord means? We sometimes think of it as another name for God, but it’s actually a title. It refers to a master, owner, or a person who is in a position of authority.” 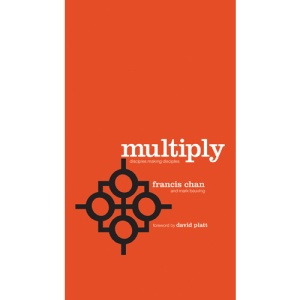 “I’m currently reading Multiply by Francis Chan, and introduced this idea and I’ve spent quite a bit of my time now trying to fully wrap my mind around the concept of Lord not just being a name for God, but His title and it’s caused me to reevaluate what I mean when I say, “Jesus is Lord.”
I asked myself what I thought was a simple question, but it’s actually been one that’s triggered a lot of deep thought and conversation with God. I asked myself, “With that definition, is Jesus REALLY my Lord?”
With this question floating around in my head, I spent the better part of two days singing multiple songs about God being the Lord, or Christ being the Lord, or Lord of lords for worship at my church. I walked away so certain that obedience to this Master was the only way to freedom and that under Christ’s authority is the only way I would be safe.

But then that belief was challenged by stuff like this:

Authority implies ruler, which implies rules-as in a set of rules to follow. And isn’t Christ’s death and resurrection supposed to be our get-out-of-jail-free card to heaven because since the Fall, we’ve never been capable of following all of those rules? We’re all sinners right? “For all have sinned and fall short of the glory of God” Paul wrote in Romans…

I’ve met people who think this and believe this so I know I’m not making this all up, but something just doesn’t sit right with me about all that.

And then as I was reading comment s on a pastor’s blog about Christians smoking pot today, I read this: “The Fall has already distorted the way we were intended to “think, feel, or visualize.” One way this human thinking happens is when we try to moralize the life of faith. Questions like “can I do (fill in the blank) and still be a Christian?” have nothing to do with Christianity. Morality is idolatry.”

Now… while all of that makes a little bit of sense, it really REALLY doesn’t sit right with me when it’s brought into the realm of Jesus being Lord or the Authority of our lives.
I see the thought process behind all of those arguments because, yes- Christ did set us free (Galatians 5:1) and, no- works alone are not enough to save us (Ephesians 2:9/Romans 11:6). But…
The troubling part for me exists when I realized that when the Bible talks about us receiving Christ for our salvation and ultimately, the freedom they refer to, it states that if we “confess with our mouths that ‘Jesus is Lord’ and believe in your heart that God raised Him from the dead, you will be saved.” (Romans 10:9).

Did you catch that there, too?
Jesus is LORD. Jesus is King. Jesus is MASTER. Jesus is AUTHORITY.

It goes on too [and in no particular order] –
James 2:17 says that if our faith does not produced good deeds, it is dead.
Hebrews 10:26 says that if we deliberately sin after knowing the truth, there is no longer any sacrifice to cover our sins.
Romans 6:1-2 says that by continuing to sin our grace does not increase, and that we have died to sin, why should we live in it still?
Ezekiel 36:26 says that god replaces our (sinful) hearts of stone for a (softer) heart of flesh.
1 John 3:8-9 says we cannot keep sinning because we are children of God, but if we do, we belong to the devil.
2 Corinthians 3:18 says we are changed into His glorious image.
1 Corinthians 15:51 says that we will not dies, but we will all be changed.
A roman 12:2 says we do not copy the behavior and customs of this world, but to let God transform us by the way we think into new people.
Psalm 41:3 says that “the Lord will uphold him, even on his sickbed; You will transform his bed of illness into health.”
Psalm 119:11 says that we write God’s Word on our hearts so that we might not sin against Him.

I mean, it just goes on and on… If I had more time, I’d keep searching.

The relationship we have been given with God through Jesus Christ is a miraculous one. We are put on a judgment scaled and weighed as Christ. We are allowed into His courts by the blood of Christ- however that does not change the fact that God is to be feared and respected like the Almighty Father that He is. When we accept Christ as our Savior and King and our ticket to heaven, we come under His authority.
Just because He saved us from the pit does not mean we can continue to live in the same filth. Lazarus took off the grave clothes, and we should too. There are things God asks you to give up and He has commandments to be obeyed. He COMMANDED them; they are commandments, not requests.

In my personal experience, I know the way Christ changed me was by allowing me the opportunity to be pursued and eventually fall in love with my Savior and Lord. I serve Him because I love Him and long to show Him the love He’s shown to me. Will I be able to? No. But that doesn’t mean I shouldn’t try. He has allowed me that miraculous relationship with God, I guess you could say I owe Him that much. It’s a small price to pay and I’m glad to pay it.

In Multiply, Francis Chan put it really well: “Following Jesus is not about diligently keeping a set of rules or conjuring up the moral fortitude to lead good lives. It’s about love God and enjoying Him.”

John 14:15, Jesus Himself, the one who paid the price for our freedom, said, “If you love me, keep my commandments.”
As I stated earlier, works are by no means a way to get into heaven and we should not worship our lists of do’s and do not’s because becoming a slave to the LAW itself IS idolatry, but being a servant to CHRIST is not. We are to allow HIM to be the one who changes us into more of His own Holy reflection.

So, as to the comment from the blog earlier… “Can I do (fill in the blank) and still be a Christian?”
Well, fill in the blank. You can come to Christ a sinner, absolutely. You can do all of those unholy and sinful things and BECOME a Christian.
But what about continuing? Well I think the Bible is pretty clear on its response to that… I can’t judge a person’s heart, but I have to believe God when He says He changes us from who we were before once He enters our hearts. To what degree we are changed, I believe He leaves up to us and how willing we are to submit ourselves to Him, and honestly, how willing we are to love Him back.