Every once in a while, there comes along a “thing”
…and this thing decides it’s going to just ruffle your feathers, sometimes a little bit, sometimes a lot a bit. Some things throw a few ripples in your calm and serene pool of life; and other things turn these ripples into rogue waves.

I have things. They’re just these little areas where my peace is stolen from me occasionally. They’re things I battle over. They’re things that, without Jesus, I don’t know that I’d be able to handle at all. Usually, these things are related to deep, emotional hurt.
Yesterday, I had it out with one of these things (and for the sake of honesty and being real with you- today, I’m still having out with this thing).
It’s funny, because my full on mental battle with this began during worship at church, of all places. Something I haven’t let bother me in a while crept back up and was wreaking havoc on my heart and mind.
But the Lord had a plan.
This caused me to literally feel the pain that praise can sometimes bring. The weight of the words that I was singing was evident; they were so heavy and so hard to say, but I meant them like my life depended on it.

I won’t be shaken.
A peace that passes understanding is my song.
My hope is in You, Lord.

Standing there, very shaken and without peace, I proclaimed it and allowed it to be proclaimed over me. And it was hard.

Sometimes, we’d almost rather worry about our things, or struggle with our things – especially if we’ve done it for a long time. I spent years in fear, and struggle to stay out of it sometimes (like yesterday/today) and a lot of my back sliding into isn’t because I want to, necessarily, it’s out of habit. I know how to operate there. I’m not at all comfortable, but I’m familiar. Do you know what I mean? I know I’m not the only person with these kinds of things.

After worship, something my pastor said during his message after is hard to forget this morning; he said, “The very place you’re running from is the very place Jesus is waiting to meet you.”

He also told this story about a guy he knew who had a lot of problems with his hip, but he learned how to walk in such a way that you couldn’t tell. When he finally went to go see a doctor, and the doctor corrected his walk, he couldn’t even take a step.

Hearing all of these things yesterday, it’s taken me until today to realize that they’re not only related (there were from 2 totally separate parts of his message), but to see what I’ve done:

This thing- I don’t ever heal from it. I just learn new ways to avoid it.

Sure, I’m a lot saner about this thing, and a lot less likely to be controlled by my feelings about it, but I still feel it. And I’ve found that my latest coping method has been “I’m just going to push those thoughts away and focus on all that’s good, and it’ll disappear; it’s not real.” I essentially just run from it. 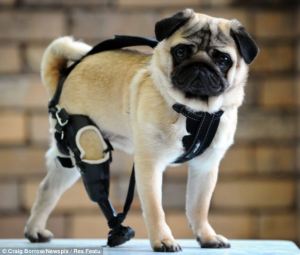 Now, the Bible does say that there are things you should run from (like sinful temptation – most notably of the sexual varieties), but not our brokenness. God wants the broken, He wants to draw near to them and use them (broken people make the greatest instruments for glory).

There are parts of me that remain broken because I’ve been running from them, or just ‘adusting my walk’ per se, so I appear to not have a problem with it at all. Looking back, I see even in just my Christian life where God has confronted me numerous times with this thing, and I responded incorrectly. I’ve only modified my walk, not allowed the injury to be healed.

Currently, though, I know He’s brought me to this thing. I know it now that He’s been trying to meet me here and I’ve been resisting and running. But, I’m starting to understand that the response to fear is not to bury your head in the sand, it’s not to pretend you’re not afraid- it’s FAITH. And I have faith in the Lord, my God, and in all of His promises.

I don’t quite know how He’s going to change me or what this looks like with Him being in this with me, but I know what He brings….

It is a peace that passes understanding, He says, and it is MY SONG. So I will stand here, and be STILL in this thing I’ll sing it because God is good and I am His. He is mine and He works all things together for my good. And He says that NOTHING shall by any means hurt me. Who or what should I fear?