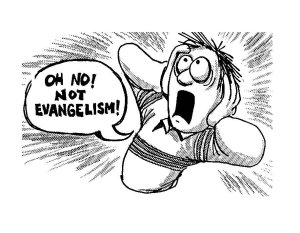 There definitely are good ways and bad ways to evangelize and introduce Christ to people and in my 2+ years as a Evangelical Christian, I can say I know some pretty crummy ways to do it. Some of them I chalk up to pride, some naivety, and some just a complete misunderstanding; but either way, these are 8 things I have mistakenly done in the name of evangelizing (I’m sure there are more, but these are the 8 I can think of now):

1. Playing “savior.”
Especially when I was first saved, but even into the whole first year or so, I was so desperate to help those around me come to Christ that I really took on the role of savior for my own. I wanted to save people. Part of me still does, and I don’t necessarily thing that the desire to help people is wrong. It’s only wrong when the heart behind it is wrong. I wanted to be the thing that drew people in, I wanted my testimony to be something great, but you know what? My testimony is nothing without His power and miracle-working, Almighty Name behind it.

2. Saying something to the effect of “God hates sin, but loves the sinner.”
This is something that most mature Christians will recognize as truth, and quite frankly, it is the truth. The problem with using this line as something evangelistic and to someone who may or may not being identifying their sin as a part of who they are is a dangerous weapon and highly confusing.
For the sake of giving an example: a majority of homosexuals are going to identify their sin as a part of who they are and how they were made. Most of my experience with the gay community has been with people who believe they were born to be the way that they are. They do not separate their behavior from their identity. They will not understand how God could hate their sin, but still love them if their sin is a part of how they believe He made them. 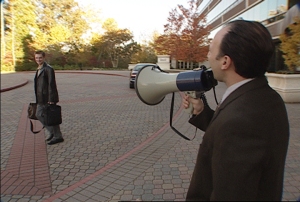 I’m a loud lady. When I get passionate, emotional, and or excited in anyway, I get louder. But when I’m getting passionately upset or frustrated with someone that I’m speaking to evangelically about Christ, raising my voice is definitely the wrong response. I read in the book “Love and Respect” by Dr Emerson Eggerichs last year this one little beautiful line and I swear I hope I never forget it. He said, “You can be right but wrong at the top of your voice.”

4. Telling people I will pray for them rather than stopping what I was doing to pray for them or over them right then.
This is something God has been working on my heart a lot lately and that is not entering into prayer with people who need it. Not just praying for them when I’m tugging at the ear of God later, but rather right then, leading them through it and sharing with them my heart for them and the Lord’s heart for them. How do they know that I prayed for them? How will they know that prayer carries the immediate power we say it does? How better could we illustrate that “where two or more are gathered, there He is?”

5. Speaking truth without love.
This could easily follow the same structure as the “right but wrong” concept in #3.
I might be speaking what is true, but if I have no love in my heart for the person I’m talking to, my delivery will be all wrong. They’ll know that my heart isn’t for them, they won’t feel any compassion from me, and the Bible says that they will know us, and therefore see Him, by the way we love. If I do not love them deeply and honestly, what I say will have very little weight.
1 Corinthians 13: If I speak with human eloquence and angelic ecstasy but don’t love, I’m nothing but the creaking of a rusty gate. If I speak God’s Word with power, revealing all his mysteries and making everything plain as day, and if I have faith that says to a mountain, “Jump,” and it jumps, but I don’t love, I’m nothing. If I give everything I own to the poor and even go to the stake to be burned as a martyr, but I don’t love, I’ve gotten nowhere. So, no matter what I say, what I believe, and what I do, I’m bankrupt without love.”

6. Saying something to the effect of “God won’t give you more than you can handle.”
This statement simply isn’t true. It’s a feel good, but if I said this to someone evangelically or otherwise, I’m seriously deceiving them. God definitely will allow us to go through far more than we can handle. Why? Because He loves to pull us through them! His glory shines in the impossible. But telling people, especially the new ones or curious ones, that causes them to believe the lie that life as a Christian is easy and that our strength is enough to endure it. Nothing about that is anywhere close to Biblical.

7. Telling people what about their lives will have to change once they’ve accepted Christ.
This is frightening to people. Is it true that things will change? Yeah, definitely! But to be quite honest, what about them is going to change and in what time is up to the Holy Spirit. Not me. I don’t advocate lying to people or playing it like it’s okay to continue to sin blatantly after they’ve accepted Christ, but giving them a list of “well you do this, and this, and this now, and when you accept Jesus, you have to stop” is something I don’t advocate either. It gives new believers the impression that they’re not good enough to come to Jesus and that’s wrong. God definitely will take them just as they are (but He does love them too much to leave them that way).
I personally believed for a long time that I had to break the chains and attachments I had to my sin before I came to the Lord, like I had to clean myself up first. What I didn’t know is that by accepting Him, I am cleansed in His blood and THEN (after the acceptance) is when the chain-breaking, addiction-freeing, and heart-transforming can begin.

8. Not following up.
I can’t even tell you how many people I have talked to and it has been on my heart to reach back out to them and I haven’t. If you’re one of those people reading this: I’m so sorry.
When we dedicated time and invest in the hearts of others and are getting close to them and their problems, walking through their hell with them, and then we never follow up, we seriously let them down and we give a pretty rotten picture of the dedication and faithfulness of our God.

We are a representation of the Lord in this world and that is a lofty, lofty commission, friends. Again, I’m sure I’ve made more mistakes that this, and I know there are probably countless others who have too… but know that it’s not too late to start doing this thing right.

1. Following the Holy Spirit’s leading and allowing Him to do the work. I fully know and believe that the only right way to evangelize to people is by the Holy Spirit. The Holy Spirit is who will lead us to the right people, tug on our hearts to check on them, give us the right words to say, remind us to be humble, and even in some cases, allow the Almighty to speak right through us.

That’s it. That’s the only one.

Have you made any of these mistakes? Take heart! Our God is bigger than all of our mistakes and He is working toward this world despite us. Praying with you and for you (and myself!) today that we would approach this world with love and the truth today.