I’ve found that writing in the moment of a thought or a feeling has done me much better as of late than sitting on something to write about and work through later. So right now, I’m writing from the passenger seat of our family van on the way home from vacation.  We’re in the rainy mountains of West Virginia somewhere, and listening to the music I have on my iPhone on shuffle.

A little bit ago, John Mark McMillan’s “How He Loves” came on, and every-single-time I hear that song in his own voice (he wrote it, but for those of you unfamiliar, it was made popular by David Crowder) I can’t help but remember watching a video on YouTube of him performing it, or leading a group in worship I guess, after telling the story of how it came to be. I’ll link to the video at the end of this post, but to paraphrase, it’s actually about his friend that died, from what I assume, is speaking back from heaven about how Jesus loves us and what it’s like to be in His presence.

Listening to it again, as emotional as it makes me, I can’t deny it’s a story of hope. Like there’s this awful, heart wrenching thing that happens – the friend has died suddenly, and young – but there’s this hope in the midst of the despair that he’s in the courts of the Lord just exclaiming, like “OH! How He loves us!” It’s a beautiful, violent, passionate, emotional, supernatural kind of hope that beats you down and lifts you up at the same time.

It might be because I’m terrified in the car most of the time, and I’m in the Appalachian mountains, and it’s raining, and the speed limit is 70 here so people drive absolutely insane (no offense if you’re from WV, but you guys are way more comfortable taking turns at 75 than I am), but it was giving me all the feels. 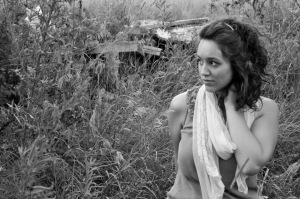 I’ve felt like I’m in such a weird void of a space spiritually. Like, saved or unsaved? Can I be a friend of God, ever? Was I ever even before this? Where do I go from here?

And I was remembering a time, early in my walk with Christ where I was in a really bad spot. I was talking to a friend on the phone and it wasn’t going well. We were arguing about something I can’t remember now – I literally only remember what I asked for: for him to tell me his story again.

I’d heard it a few times; saved in his early twenties from a really reckless way of life (drugs, alcohol, sex, motorcycles, you get the idea) and I didn’t know at the time how to ask for what I really needed, so I asked for that. But what I should have asked for was this:

I didn’t get it at the time. He wouldn’t tell it to me. Which, I don’t think really makes him a jerk or anything. I’m more than 100% positive that he was probably completely and utterly exhausted with me and that conversation at the time. And there’s no way he could’ve known at the time that I didn’t really need his own story, just one of Jesus doing something amazing like He does. But his refusal feels symbolic now and makes what I’m feeling that much more difficult to think about and process.

Will God refuse to tell the story of hope to me if I finally fall apart and give up my fighting or my ignorance and admit what I need?

It feels cliche and cheesy to say so, but I hope not.