I’m reading a book right now called Nothing To Prove by Jennie Allen and it’s great. I’m sure I’ll write about so much coming out of my heart because of this book in the near future. But right now, I’ve got to be real about something. Because Jennie talks a little bit about this in the boom and I am SO convicted. So I need to confess it, I guess. Get it off my chest so I can begin to deal with it: 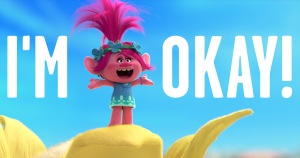 And I think it’s the worst sometimes.

I was on the phone with my boyfriend while I was coming home from work one night, when I came to the toll. I frequently take toll roads home because it’s so much faster, and I’ve noticed that the workers are not used to being spoken to. So, I’ve made it a point to always look at them when I’m at their booth, and speek cordially and be friendly. Anyway, I came up to the toll, and he was on the Bluetooth in my car so I asked him to hold on while I paid. I did my usual, “Hi! How are you?” “Here you go!” “Great, thank you! Have a good one!” (A decade in the service industry helped me perfect that one).

And my boyfriend laughed, he said “You’re so much nicer and friendlier than I am.” Which, to his credit, he’s right. He’s not a jerk or anything, but I have this strange habit of being the bubbliest, peppiest me when I’m dealing with strangers most of the time, where as he does not. And in situations like these, I actually think that’s probably an asset. Some toll workers, cashiers, receptionists, and clerks probably think I’m high or something, but I hope I make the day of a few of them a little less miserable by not being just another lame encounter.

But on the flip side of that bright and shiny coin, you have this scenario that went down just a few months ago:

After having an affair, technically being cast out from a church community for not repenting, and being away from God’s people for a few months, I was longing to find that community again. More than that, I knew I’d have to find a church at some point because I knew it could be helpful in figuring out where I was with God and how I was going to repair this relationship. But I wasn’t ready to really engage yet. I wanted to scope it out and start lightly. So I went to the nearest mega church one Sunday with my best friend in hopes of dipping my toes, without making to big of a splash and getting myself noticed.

My friend lives an hour away, so we met there. I dropped the kids into their classrooms (I’d been there before for special events so I was at least a little familiar, and so were they) and I went to the crowded lobby to wait for her. As I was standing next to a giant pillar, just checking my phone and trying to look inconspicuous, a gentleman in a red polo approached me.

I quickly noticed the church logo on his shirt and realized I’d been picked out as a newbie. As the head of the connection team, I’ve gotta give it to him, he’s good at his job.

He made some casual conversation, asked me if I’d been there before, where I was from, what I was looking for, etc, etc. I gave the usual answers, you know, it’s my first time here for Sunday service, I used to go to this other church but I left a few months ago, recently moved to the area, so I’m looking for a church close to home… you get the point.

He did his job in letting me know about some of the resources available at their church (there’s a million) and told me he’d really love it if I would toss my info in the collection basket because he’d love to hear more about my story.

That terrified me (and not because, to an outsider, it sounds like some Christian come-on-line – which it wasn’t).

It terrified me because I didn’t want to admit yet where I really was, what condition my soul was in, and what I really needed spiritually.

I wanted to hide. So I smiled and I said I was “good! So good. So glad to be here!” I deflected back to talking about the church instead of myself. I was the bubbliest, peppiest me. Regular old greet-you-at-church me.

And that moment has stuck with me, I think because it was confirmation to me that God knew I was there. I said it to myself that this church would be a good place to hide for a while, while I figure stuff out, and God was like NOPE! Hey, good morning! Right in my face and I was okay with it. In fact, I’ve continued going there.

But recalling that today just got me thinking about all the people I’ve lied to when I told them I was ‘good’ that things were ‘good.’ All the Bible studies I disconnected truth from my own life in my heart, because I appeared smarter or at least to have some shit together to be able to talk about the Bible with people. All the mentors and family members I just never told I was suffocating, drowning in passivity, laziness, confusion, and sometimes anger. Because people looked up to me, counted on me, liked me, or appreciated me when I was bubbly, peppy, and smart.

I was doing so much performing.

I was trying so hard.

I was playing so much pretend.

And then I quit.

And when I quit, guys, I quit big. I mean, I was like Smalls running all the way home kind of big.  And I took 2 kids and all that baggage with me.

But I think in the last year and a half or so, I’ve really been learning that and trying to get passed that. And it’s been all about saying to-hell-with fear or shame or whatever, and just laying the shit out there that’s on my heart.

Now, that doesn’t mean I’m being a brat to everyone, but I’ve just been actively making a choice to be honest about myself when it’s on my heart to do so.

I’m definitely selective about who I tell the truth to (ie: NOT the toll workers) but a few close friends, Godly friends, and my boyfriend, too. Because I never want to be fake to them. I never want to lie about where I’m at, even if it’s unintentional. I want to be my genuine self in those relationships, in all my forms.