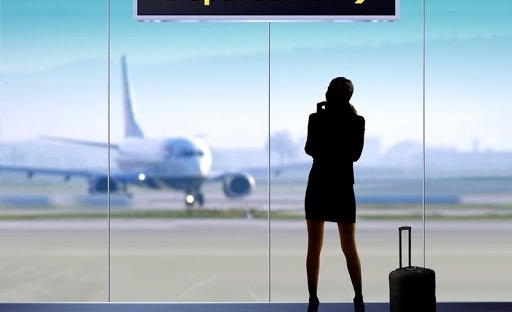 It’s taken me a long time to have the courage to say this, but: I’m done.

Peace out, Christianity. I quit.

Nothing has eroded my faith quite like the evangelical base of Donald Trump’s supporters. I’m ashamed I was one of you.

In the last four (plus) years I’ve watched in horror as the people I’ve admired and looked up to for spiritual counsel and leadership sell their souls, and even as I write these words, I’m so sick.

My disgust in the president goes deeper than what I feel as a woman, survivor of sexual, emotional, and spiritual abuse, mother, wife, and human; it applies equally to his base and those who elect(ed) and enable(d) him to this point.

My skin honestly crawls when I think about how they salivate over his lies and bull shit, craving more and more to stuff themselves full of every morsel of literal shit spewing from his mouth.

And these are the same people who told me about Jesus. Who convinced me God is/was real.

Even if I take out the desperate-dick-sucking-worship of Donald Trump, it’s been a real journey of awakening to so many things within the church and with Christians – and I wish I felt like elaborating more, but I don’t because I’m already exhausted with the emotional labor of this post – but at this point, I’ve come to the following conclusions:

One, evangelicals are the “body” like they say, but not led by a loving spirit at all, which explains how they are capable of so much hypocritical hate, and are rather just led by corrupt cult leaders, and therefore God is not real (but hey, we know cults sure as hell are).

Or two, if they’re the body of Christ, and “He” stands for all they said “He” stands for legitimately stands for (love, peace, grace, etc), “His” people suck, “He” is not their king, therefore not a “king” at all, and was just a cool, philosopher who’s shit got taken way out of context.

Or lastly, three, “He” stands for what “His” followers stand for, and I therefore want nothing whatsoever to do with that hateful mess.

All three of these possible scenarios have made me realize that the thing that drew me most to Christianity was growth, peace, and humanism. And I can 100% be those things without the ties to the shit show that is the American church.

So with that, I announce my official departure. I don’t know what I am anymore, so please don’t ask, simply because I won’t have an answer for you. I don’t want my salvation to be prayed for because honestly, I’m relieved and so happy to separate myself from y’all, I do not want to be brought back from my “backsliding.”

Ugh. And please, oh please, do not reach out with a “you can’t judge God by His people/we’re all sinners in need of a savior/yadda yadda yadda” because I KNOW. I already know that excuse, and I call BS on it. I 100% can hold a leader accountable for his/her/their followers and the utter lack of responsibility that excuse gives to “God” or even the people committing the “sins” were talking about. I’m over it. Bull shit.

This is still a journey and I’m going to keep writing because I love this so much. It just doesn’t feel right to do it here. Sam isn’t finding faith anymore, but Sam still has thoughts and shit to work out by writing.

So instead, Sam’s gonna find some freedom (probably first from referring to herself in the third person).

If you feel like reading along with that, you can find me here instead.

But if that’s not your jam because you’re a loving human but you love God too much to hop over there, hey- that’s cool. No hard feelings.

But if it’s because you love Trump so much that you want to write me off as some angry, butt hurt, defecting “libtard,”, then hey – you sound like you have gross ass heart and I don’t give a fuck what you think anyway.

But also, you’re damn fucking right, I am so fucking angry. Mostly at you.